Share a memory
Obituary & Services
Tribute Wall
Read more about the life story of Diane and share your memory.

Diane Arnsdorf-Cordes, age 59, of Glenwood, died Monday, November 14, 2022 at home after a valiantly fought battle with ovarian cancer over the past seven years. Funeral services will be held at 10:30 a.m. on Saturday, November 19th at Glenwood Lutheran Church with Rev. Krista Lee officiating. Funeral services will be livestreamed on the church's website glenwoodlutheran.com. Visitation will be Friday from 4:00 - 7:00 p.m. with a prayer service at 7 p.m. at the Hoplin-Hitchcock Funeral Home in Glenwood. Visitation will also continue one hour prior to the service at the church on Saturday. Arrangements are with the Hoplin-Hitchcock Funeral Home in Glenwood.

Diane Marie Arnsdorf-Cordes was born on December 8, 1962 to David and Alva (Jensen) Arnsdorf in Springfield Township, Brown County, MN. She was baptized and confirmed at St. John's Lutheran Church. She grew up in the small town of Springfield, alongside her three siblings, cousins, and friends. As a child, she treasured family camping trips in the summer and time spent at the lake. Diane graduated from Springfield High School in 1981.

Diane was a lifelong learner who understood the importance of education. She attended college at the University of Minnesota in Morris where she received her bachelor’s degree in psychology and education. Diane went on to earn her master’s degree in school counseling and clinical psychology from South Dakota State University in Brookings, SD. In 2013, Diane received her administrative degree from St. Mary’s University in Minneapolis. Diane also completed certification to become a Lay Minister in 2018.

Diane was always passionate about serving children and understanding their unique needs. She spent her entire career working with and for kids. She was first employed at Glenwood High School, which later became Minnewaska Area High School, where she worked from 1988-2013. She had a variety of job titles over her career there, including guidance counselor and principal. While at Minnewaska, she took a short sabbatical to work as a youth minister at Bethesda Lutheran Church in Alexandria. In 2013, Diane was hired as superintendent of the Breckenridge School District, where she worked until 2021 when she was forced to retire due to her declining health. Once retired, she worked part time with the Otter Tail County Collaborative. Diane treasured the work she was able to do in the field of education and said that the most rewarding aspect was, “Seeing kids succeed.”

Relationships were something that Diane greatly valued, including those she formed with students and colleagues during her career in education and those that developed out of her ministry endeavors. The most highly treasured relationships were, of course, those with family and friends. Diane was blessed to spend 35 years with the love of her life, Richard “Dick” Cordes, whom she married on September 12, 1987 in Brookings, South Dakota. In 1990, they welcomed their daughter, Kali, into the world. Diane and Dick made their home in Glenwood where they continued to keep a residence even when Diane worked in Breckenridge. Diane always loved being close to Lake Minnewaska and spent countless hours there with family and friends boating, skiing and soaking up the sun. She was continually on the move and when not on the lake, she could be found either playing or watching sports. Diane played basketball in college and continued to play recreationally with Dick for many years. She also enjoyed traveling to Colorado to see her daughter and hike in the Rocky Mountains. She always loved the summer sunshine and enjoyed vacations to warm beaches during cold Minnesota winters. No matter what she did, Diane enjoyed being with her beloved family and many wonderful friends.

Diane is survived by her husband, Dick Cordes of Glenwood; her daughter, Kali (Tyler) Weber of Lafayette, CO; her stepchildren, Chris (Dealyn) Cordes of Marshall, Stephanie (Sig) Holme of Spicer, and Matt (Von) Cordes of Isle; her siblings, Brad (Colleen) Arnsdorf of Goshen IN, Char (Carol) Arnsdorf of Willmar, and Brian (Kerrina) Arnsdorf of Queen Creek, AZ; along with many dearly loved nieces, nephews, and cousins.

She was preceded in death by her parents, David and Alva Arnsdorf. 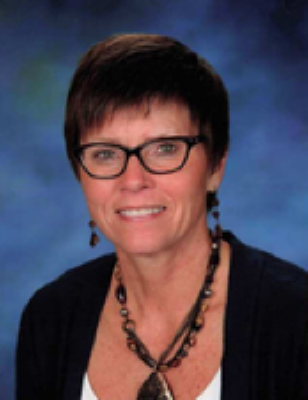