Share a memory
Obituary & Services
Tribute Wall
Read more about the life story of Larry and share your memory.

Larry D. Adolphsen, age 80, of Villard, died Friday, September 30, 2022, at home and surrounded by family after recently being diagnosed with pancreatic cancer. A memorial service will be held at 11:00 A.M. on Monday, October 10th, at Villard United Methodist Church in Villard. Visitation will be from 2:00 - 5:00 P.M. on Sunday, October 9th at Larry's farm located at 16358 Co Rd 28, Villard. Visitation will continue on Monday at the church, one hour prior to the service. Inurnment will be in Lake Amelia Cemetery in the spring of 2023. Arrangements are with Hoplin-Hitchcock Funeral Home of Glenwood.

Larry Dale Adolphsen, son of Harold and Ruby (Bodeker) Adolphsen, was born in Glenwood, MN, on May 20, 1942. He grew up on the family farm just outside of Villard with his two sisters, Gloria and Diane. Larry and his family were members of Villard United Methodist Church. He attended Villard Public Schools and graduated from Villard High School in 1960.

In 1966, Larry purchased his farm on the outskirts of Villard and started building his dairy herd. The next year, on October 14, 1967, he was united in marriage to Kathleen Pritchard of Willmar. They made their home on his farm and it was there that they raised their four children, Laura, Darin, Jedd and Elizabeth. To help make the farm more profitable, he hauled canned milk for Villard Creamery and, following in his father’s footsteps, Larry drove school bus for Villard Public Schools between milkings. In July of 1997, he sold his herd and retired from dairy farming. He then worked various trucking jobs before going to work for Pope County Co-op where he worked in the propane department until his retirement at the age of 67.

Larry trained and served as a first responder for the Villard First Responders and was a member of the Villard Area Lions Club. He served on the board for Lake Amelia Cemetery and was a member of Villard United Methodist Church. He enjoyed time spent with family and friends, meeting the guys for coffee at Cenex, and talking farming with other farmers.

Larry will be remembered as a very hard worker, with a heart of gold. He always had a smile on his face and a soft spot for children, never passing up a chance to hold a baby. Larry’s first love was his family and his second love was his farm. His idea of taking a trip was traveling to his furthest field! He will also be remembered for his beautiful head of hair. His signature hairstyle was established in high school and followed him throughout his life!

Sadly, Larry was diagnosed with early-stage pancreatic cancer in the spring of 2022. Despite receiving treatment, the disease was aggressive and progressed very quickly. He died peacefully at home on the farm on Friday, September 30, 2022, surrounded by family.

He was preceded in death by his parents, Harold and Ruby; a nephew, Adam McConnell; and two brothers-in-law, Herald Stone and Patrick Stone.

Inurnment at a later date 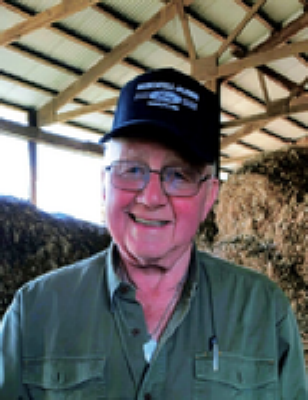