Share a memory
Obituary & Services
Tribute Wall
Read more about the life story of Peter "Andrew" and share your memory.

Peter “Andrew” Tensen, age 93, of Brooten, died January 25, 2023 at Copperleaf Senior Living in Willmar, MN. Funeral services will be held at 10:30 a.m. on Saturday, January 28th at the Brooten Community Church in Brooten. Visitation will be from 5:00 - 7:00 p.m. on Friday, January 27th at the church in Brooten and will continue Saturday morning, one hour prior to the service at the church. Interment will be in Bethany Cemetery, Brooten. Arrangements are with the Hoplin-Hitchcock Funeral Home of Brooten.

Peter Andrew “Andy” Tensen was born April 23, 1929 to Peter and Anna (VanderBeek) Tensen at home on the family farm near Hospers, Iowa. He attended elementary school in a one-room country school in Iowa through the 8th grade until October 1943 when he and his family moved to Belgrade, MN. There he worked on the family farm and helped on other farms. In May of 1951 Andy was drafted into the Army during the Korean War and served through May of 1953. He served as a cook and his favorite story was about the time he made tea for British Field Marshal, Bernard Montgomery. He made it the way his dad liked it and it was the best tea the General had in America!

Before his time in the service, Andy met Sylvia Moorlag at a Youth Rally at Pease Christian Reformed Church and they corresponded while he was in the Army. After his time in the service, he worked at the Belgrade Feed Mill and was then married to Sylvia on June 8, 1954. This union was blessed with three sons and five daughters - the first daughter died in infancy. In 1955, Andy and Sylvia started dairy and crop farming west of Brooten. In 1959, they bought a different farm six miles west of Brooten where they continued farming until November 1995 when they retired and moved into Brooten.

Andrew was a respected leader in the community. He served as secretary on the Brooten Farmers’ Elevator Board for 12 years and served as Bangor Township Clerk for 20 years until he moved into town in 1995. He also served many terms on the Church Council as Deacon and Elder for Brooten Christian Reformed Church (now Brooten Community Church). He was also a member of the Brooten American Legion for many years. In his retirement, he did custom lawn mowing and snow blowing in town. All who knew him described him as hardworking, gentle, kind and a great servant of his Lord and Savior. Andy was a man of few words and great wisdom.

Andy loved playing games, especially cards which he often won! He was an avid bowler and was in a bowling league for a number of years. He also loved playing horseshoes in league and with friends and relatives. He was also an avid reader of books, especially historical books, magazines, and newspapers. But his most read book was certainly the Bible! He spent many hours assembling puzzles in the winter and in retirement - a wonderful pastime to enjoy with children and grandchildren. Andy also loved traveling and he and Sylvia went on many trips together before she died in 2011.

In June of 2021, Andy moved to Copperleaf Assisted Living in Willmar. It was there, at the age of 93 years, that he went home to his eternal rest in Heaven on January 25, 2023.

He was preceded in death by his wife, Sylvia; an infant daughter; his parents, Peter and Anna; siblings, Ira, Thelma, Gerard, Trina Smit, Johanna Sankey; and grandson, Troy Stulen. 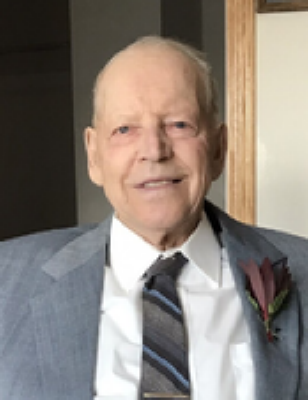