Share a memory
Obituary & Services
Tribute Wall
Read more about the life story of Richard and share your memory.

Richard Kermit Kiehm, the son of Kermit and Verla (Klemetson) Kiehm was born February 28, 1947 in Winnebago, Minnesota. He grew up near Delevan where he attended school and graduated from Delevan High School in 1965. In 1966, Richard joined the United States Army. He served his country during the Vietnam War in California, Hawaii and Thailand. He was honorably discharged in 1968.

When Richard returned from the Army, he was employed at the Delevan Creamery and farmed with his father. In 1970, Richard was united in marriage to Sharon Lien. Richard and Sharon made their home in Delevan and were blessed with two sons, Eric and Jason. The couple later divorced. In 1987, Richard moved to Villard and began working at the Villard Elevator. In 1993, Richard met Jean Justice and the two made their home together, sharing their lives and families for the last 29 years. Richard continued to work in Villard until May of 2005 when he became the manager for CHS in Cyrus, Minnesota. He continued to work in Cyrus until he retired in December 2015. While working in Cyrus, Richard enjoyed when locals would come to the elevator in the mornings for coffee and popcorn, this group of friends became known as the “Breakfast Club”. Richard was a member of the Villard American Legion.

Richard enjoyed hunting, fishing, golfing, and camping. He was a true Minnesota sports fan as he enjoyed watching and cheering on the Twins, Gophers, Vikings and any team playing against the Green Bay Packers. He kept a beautiful yard and spent many hours on his lawn mower. Richard loved spending time with his family. He was very proud of his two sons and absolutely adored his grandchildren. Earlier this year Richard was diagnosed with prostate cancer and while fighting, he had complication which led to his death on Friday, November 18, 2022 at the St. Cloud Hospital.

Richard was preceded in death by his parents and brother, Verlyn “Inky” Kiehm. 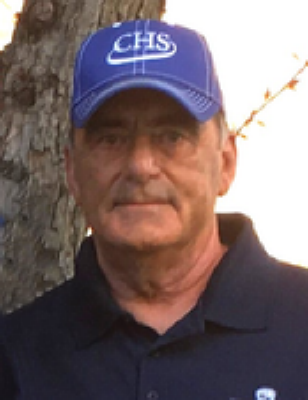