Share a memory
Obituary & Services
Tribute Wall
Read more about the life story of Stephen and share your memory.

Stephen R. Braun, age 72, of Glenwood, and formerly of Coon Rapids, died Saturday, November 12, 2022, at home, surrounded by family and under the care of Glacial Ridge Hospice. Funeral services will be held at 1:00 P.M. on Thursday, November 17th at Hoplin-Hitchcock Funeral Home in Glenwood, with Rev. Mark Manning officiating. Visitation will begin at 11:00 A.M. and run until the time of service. Interment will be in Glenwood Lutheran Cemetery. Arrangements are with Hoplin-Hitchcock Funeral Home of Glenwood.

Stephen ”Steve” Robert Braun was born on February 11, 1950, in Minneapolis, MN. He was the first of eight children born to parents Robert and Louise (Johnson) Braun. Robert was a machinist and as the location of his work changed, the family would move. Because of this, when Steve was young, his family moved several times, but they remained primarily in the metro area. Steve was baptized and confirmed in the Catholic faith. He attended school in whatever district his family was living, which at the beginning of his freshman year of high school was Anoka. He and his siblings were new to the district and lived far enough from the high school that they had to ride the school bus. Marlene Mithun, also new to the district, happened to be on the same bus route as Steve’s family. His sister, Nancy, became friends with Marlene and it was through that connection that Steve came to know the girl who would a few years later become his wife. The shared struggle of being “the new kid” at school solidified Steve and Marlene’s friendship, which later became a relationship. By Steve’s senior year his family had moved again and he finished school at Wayzata High School. Not long after, on December 6, 1968, he and Marlene slipped across the South Dakota border to marry in Watertown.

Steve and Marlene lived in North Minneapolis for a short time before moving to Fergus Falls, where Steve’s father had established his own machine shop. Having watched and learned from his father over the years, Steve knew that he too wanted to be a machinist. On the job training and many courses over a period of years enabled Steve to perfect his craft and led to years of satisfying and fulfilling work. After working for his father for five years, Steve and Marlene moved to Big Lake, where they raised their family. Steve worked for Pride Industries in Champlin for 20 years before opening his own shop, Falcon Machining, in Ramsey, which he ran for 17 years until a debilitating back issue forced him into retirement.

Steve will be remembered by those who knew him as a strong and hardworking family man. A jokester and quick-witted, he loved to tease family and friends. He was a morning person and would often wake the family by singing silly songs to them. He was also a lover of butter and subscribed to the theory of “more butter is better” especially when it came to things like popcorn. Steve enjoyed hunting as a boy, but never found time to continue that hobby in adulthood. He did, however, make time for golf and participated in Men’s Golf League at Rum River Golf Course in Ramsey for many years. He was also a member of the Chamber of Commerce during his time in Fergus Falls and when he owned his business in Ramsey. For many years he had a black 1964½ Ford Mustang that he rebuilt which became his pride and joy. When maintaining it became too much for him, he reluctantly parted with it, eventually replacing it with a beautiful red 2007 Ford Mustang that had a similar look.

In 2018, Steve and Marlene moved to Buffalo where they lived for two years before settling in Glenwood, near Marlene’s family. After the move, Steve’s health continued to deteriorate and recently the difficult decision was made to begin Hospice Care. Steve passed away at home, overlooking beautiful Lake Minnewaska, on the morning of Saturday, November 12, 2022, surrounded by his loving family.

He was preceded in death by his parents, Robert and Louise; a niece, Becky Braun Krone; two nephews, Danny Braun Jr. and Leif Olson; and brother-in-law, Richard Olson. 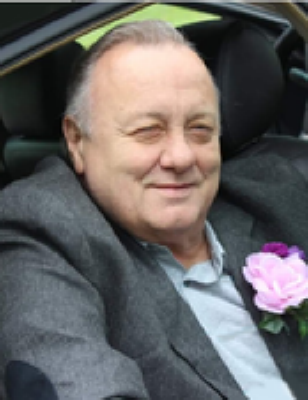