Share a memory
Obituary & Services
Tribute Wall
Read more about the life story of Trevor and share your memory.

Trevor John Solem, age 37 of Glenwood, died peacefully at home, surrounded by friends and family, under the care of Glacial Ridge Hospice on Friday, December 2, 2022. A Memorial Service celebrating Trevor's life will be held at 10:00 a.m. on Saturday, December 10th at the Minnewaska Area High School in Glenwood (the service will be livestreamed from the school's youtube page - find the link below the service listing). Visitation will be on Friday, December 9th from 4:00-7:00 p.m. with a prayer service beginning at 6:30 p.m. at the high school. On Friday, the family is encouraging friends to wear something that makes you think of Trevor. (i.e. a Solem strong shirt, jersey, golf shirt). The visitation will also continue at the high school one hour prior to the service on Saturday. In lieu of flowers donations can be directed to the Minnewaska Laker Foundation, Randy Shavers Tackle Cancer, Tim Orth Memorial Foundation or for Trevor’s two boys, the Solem Strong account at Glenwood State Bank.

The son of Stephen and Joan (Wilner) Solem and Diane (Stolle) and Chuck Ross, Trevor was born October 1, 1985 in Willmar, Minnesota. He grew up in Bird Island, where he attended and graduated from BOLD High School in 2004. He graduated from St. Cloud State University in 2008 with a degree in Special Education. He later finished his Master's of Education in 2013, graduating from St. Mary’s University.

For Trevor, family was his foundation. He was united in marriage to Keshia Siems on August 8th, 2009 at Cross of Calvary in Olivia. They welcomed two sons Easton Donald on June 9, 2015 and Jameson John on December 13, 2017. They made their home in Glenwood. You would often see his boys with him at practice and when he wasn’t giving to the Minnewaska School community he was with his family – his wife, boys, parents and grandparents, siblings, aunts, uncles, cousins, nieces, nephews and in-laws. He loved spending time with them, often outdoors; sports, golfing, hunting and fishing. A man of many passions, Trevor was not one to wait to take action, this brought those around him into the things he loved. His family only grew as he built friendships and relationships because of those passions.

With all of his parents being teachers and coaches, it’s hard to imagine Trevor as anything else. He was employed by Minnewaska Area Schools for 14 years as a special education teacher. He started at W.I.N. Academy, a level-4 day treatment facility, in Starbuck in 2008, before moving to Minnewaska High School in 2016. He quickly became a fixture on the sidelines for Minnewaska coaching varsity football and JV baseball. In 2017, he became the head boys golf coach. From the beginning Trevor was a consistent presence in the weight room and a part of their strength and speed programs. His energy, passion and commitment to better his best was an example for students and the community as a whole.

In 1998, at 13 years old, Trevor was diagnosed with Ewing's Sarcoma, a rare type of cancer that most often occurs in children and teenagers. After a two-year battle marked by frequent trips and stays at the Children’s Hospital at the U of M for aggressive chemotherapy, radiation, and a bone marrow transplant he was pronounced cancer free. In March of 2021, Trevor was again diagnosed with cancer, this time an urothelial carcinoma. Once again his treatment did not deter his commitment to his community or his passion for life. At every possible opportunity you could find him giving encouragement to others, teaching, coaching and supporting whether in the classroom, on the sideline or on the course. His approach to battling cancer was as no-nonsense as his approach to everything else: “give everything you have every day, one day at a time, no looking back.”  His courageous fight to the very end was an inspiration to us all.

He is preceded in death by his grandfather, Donald Solem, grandmother, Marilyn Stolle, his wife's grandparents, Marlys Siems, and Donn Siems and Duane Lindgren.

Video is available for this event 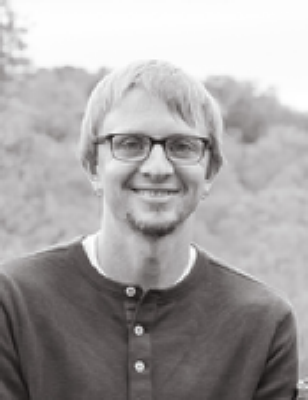